The Philippine automotive industry has shown a remarkable growth for the month of February with 25,150-unit sales performance; posting almost 22 percent growth compared to February last year’s volume of 20,663 units. In a recent report issued by the joint Marketing Committee of the Chamber of Automotive Manufacturers of the Philippines, Inc. (CAMPI) and Truck Manufacturers Association (TMA), February sales is nearly 6 percent higher than the January volume of 23,808 units.

All categories have garnered increases in the past month. In the Passenger Cars segment, consumers continued to make the most of early 2016 promotions as sales grew by 20% from 8,149 units in February 2015 to 9,819 units last month. Commercial Vehicles categories collectively increased by over 22% with 15,331 units last month versus 12,514 units of the same period last year primarily because of all-new and refreshed model introductions.

Within the Commercial Vehicle segment, Heavy Duty Trucks and Buses (Category 5) displayed the biggest growth of the month with 91% surge or 296 units coming from 155 units on Year-on-Year comparison. Light Trucks (Category 3) exhibited an approximate 35% increase with 947 units compared to last February 2015. AUVs and SUVs (Category 1 and 2) continued to attract demand with sales reaching about 30% and 25% growths, respectively.

“So far, it has been a good start for the auto industry. Demand for mobility continues and industry players are ready to respond to the needs and demands of consumers,” according to CAMPI President Atty. Rommel Gutierrez. 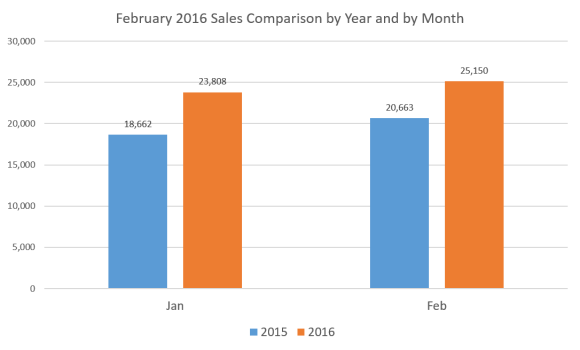 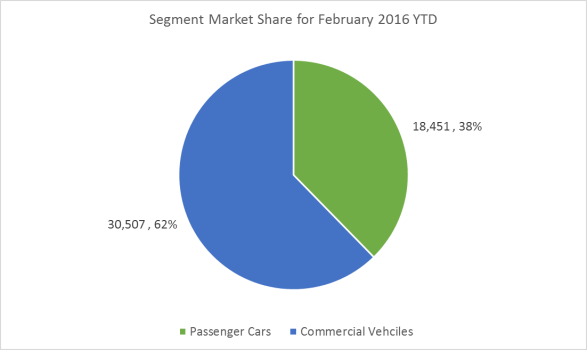 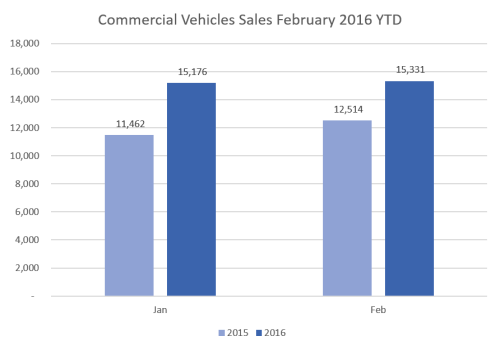