Based on combined sales reports of the Chamber of Automotive Manufacturers of the Philippines, Inc. (“CAMPI”) and the Truck Manufacturers Association (“TMA”), the Philippine Automotive Industry shows 4.8 percent growth as it starts with the second quarter of the year. April 2017 sales achieved 29,038 units sold versus 27,697 units sold during the same month last year.

Most segments performed well last month. Passenger Car (“PC”) was the only segment that decreased with 9,862 units sold in April, down by less than 1% from 9,920 units sold in the same month in 2016. PC segment covers almost 34% of the units sold last month.

On the other hand, Commercial Vehicles (“CV”) segment collectively increased to 19,176 units sold which was a humble 7.9 percent increase from 17,777 units sold of April last year. Most categories within CV segment increase on year-on-year comparison. Only Category V Trucks and Buses plummeted 21.2 percent with 119 units sold last month from 151 units sold in April 2016 while other categories had their own shares of surge in units sold.

“The modest growth in April may be attributed to the less number of working days during the month”. according to CAMPI President Atty. Rommel Gutierrez. 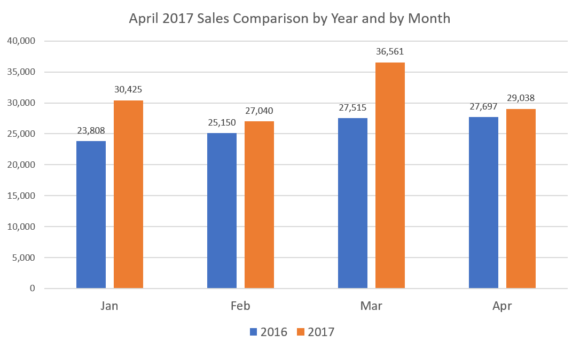 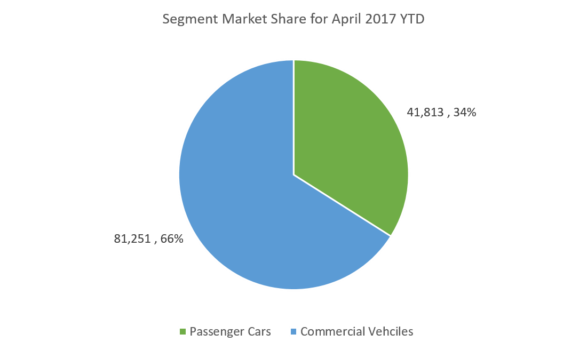 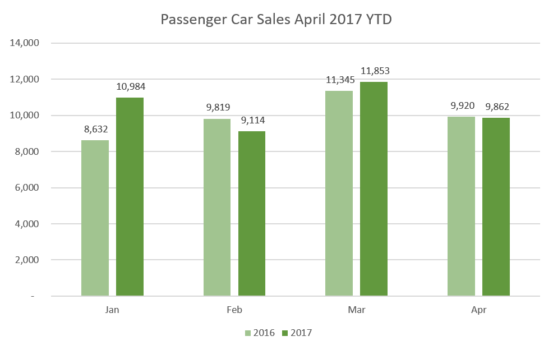