The Philippine automotive industry continues to grow as it achieved a year-on-year growth of 18.5 percent for its July performance. Based on the joint report of the Chamber of Automotive Manufacturers of the Philippines, Inc. and Trucks Manufacturers Association, 24,569 units were sold last month, or 18.5% increase from last year’s 20,730 units. July 2015 has the biggest number of units sold yet, bringing the year-to-date total to 156,034 units which is 20 percent over the 129,687 units sold for the same period in 2014. Last month’s sale posted a modest 2 percent increase over the June sale of 24,185 units.

All categories have their own shares of growth. Passenger Car category sold 10,221 units garnering almost 23 percent increase compared to the 8,339 units in July 2014. This is also an increase of 4 percent compared to June 2015 sale of 9,840 units. Similar to the previous months, the rise is mainly because of availability of certain sub-compact cars and continuous attractive marketing efforts conducted by the industry.

For the Commercial Vehicles, the segment gained 16 percent increase having sold 14,348 unit versus 12,391 units in July 2014. Commercial Vehicle Categories I and II (AUVs and SUVs) are the ones that pushed the growth with 4,709 and 8,798 units, respectively. Despite already exceeding its target goal, the Heavy Duty Vehicles still performed remarkably with 127 units compared to 30 units in the same month last year and 101 units in June 2015.

“This is a very good start for the second semester which normally accounts for a bigger share of the whole year’s target,” Atty. Rommel Gutierrez said. “We are confident that the market will remain strong and industry will respond by bringing in new stocks in preparation for the demand peak towards the end of the year,” elaborated by the President of CAMPI. 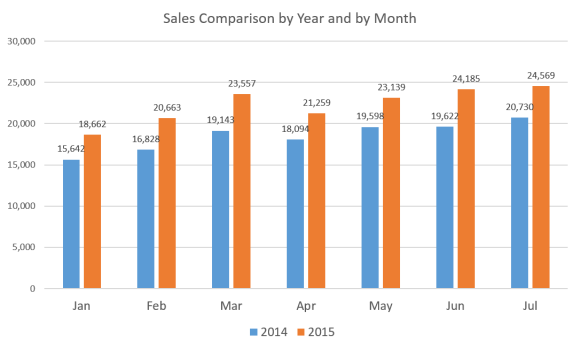 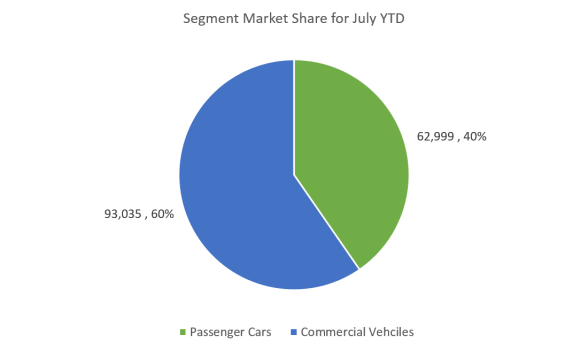 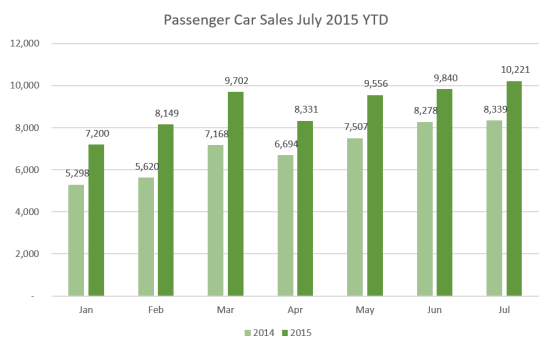