The Philippine automotive industry is unstoppable as sales reached its highest yet with 21% growth for the first semester of 2015 compared to same duration last year. The first half sales is now 131,465 units, versus 108,957 units last year. Based on a joint report of the Chamber of Automotive Manufacturers of the Philippines (CAMPI) and Truck Manufacturers Association (TMA), last month sales was a record setting 24,185 units with all segments having their share of increases. This is a 23% increase compared to June 2014.

Commercial vehicles also had a 15% boost with 78,687 units contrasted to 68,348 units in same period last year. For month-on-month comparison, CV category collectively reached a 27% increase based on same month last year, as Categories 1 (AUVs) and 2 (SUVs) led this growth. More notably, the Heavy Duty Trucks segment is reached a hallmark as it has already exceeded its whole year sales target of 490 units having sold 493 units for the first semester.

“Our automotive industry is riding with the other industries’ growth,” Atty. Rommel Gutierrez, President of CAMPI, said. “Micro SMEs and SMEs are expanding which made for the robust demand for AUVs and SUVs and light commercial vehicles.” Atty. Gutierrez also explained that the ongoing refleeting of the construction industry and growth in fuel haulers sales created the stronger demand for Heavy Duty Vehicles. “We just ended the first semester on a very strong note.  Industry is confident that it will reach the 310,000 units sales it set for this year,” added Atty. Gutierrez. 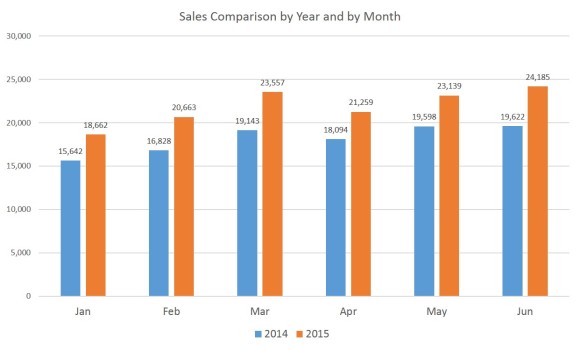 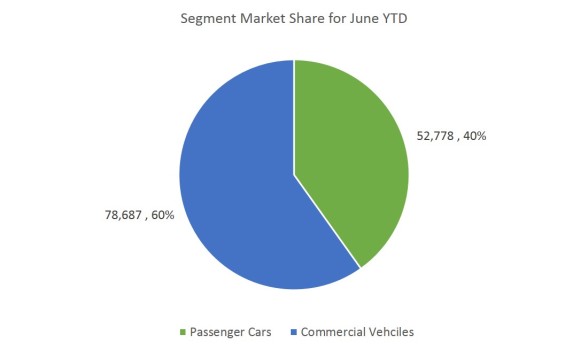 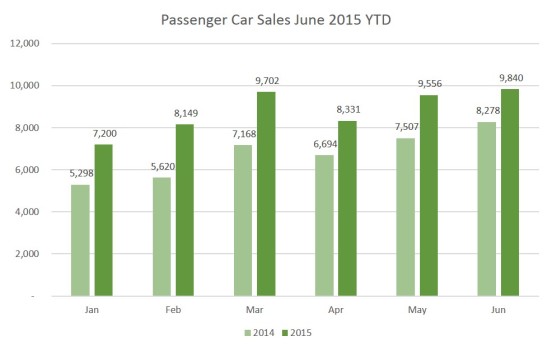 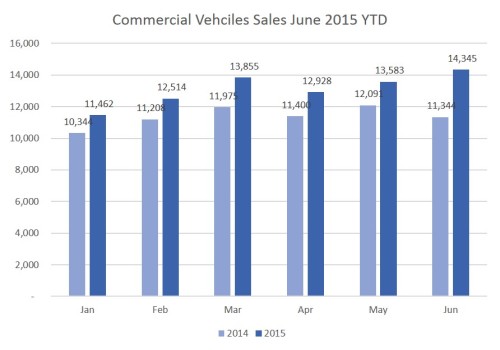