Most categories within the CV segment continued to grow for September. Category I (AUVs) sales reached 5,954 units with a rise of 34.9 percent from the 4,415 units record last year. Category III (LCV) sales registered 754 units sold, a significant 74.1 percent surge from 433 units sold in same month in 2015. Category V (Heavy Duty Trucks and Buses) was the only one among the five CV subcategories that decline for September with 129 units sold or a 2.3 percent drop versus 132 units in September 2015. 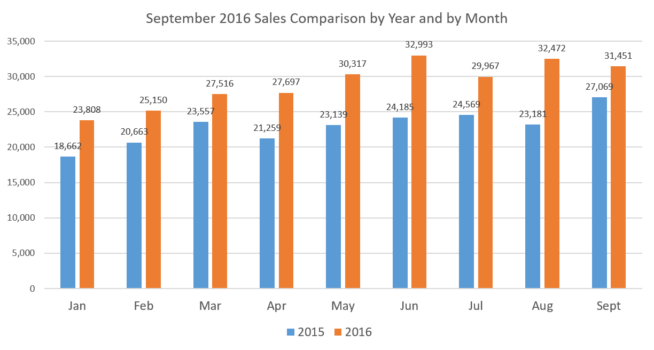 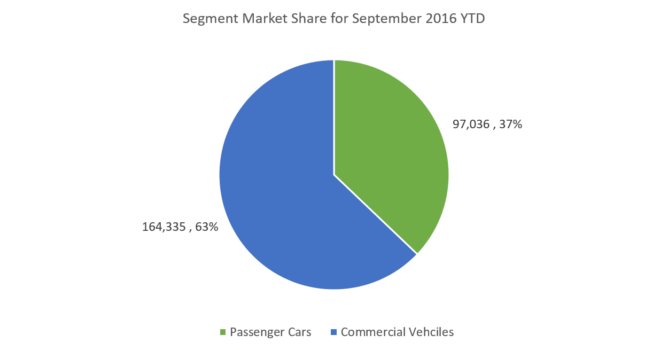 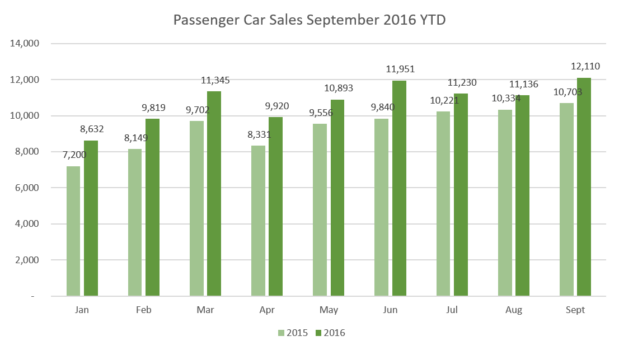 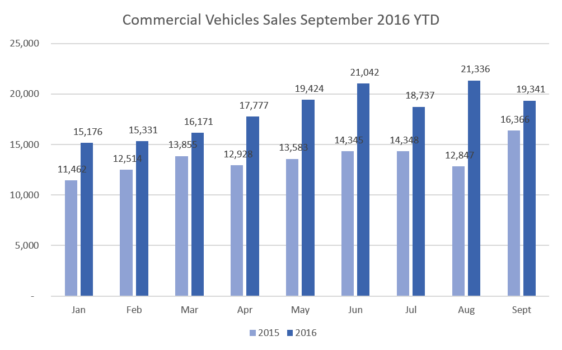