The Philippine automotive industry continues to set new records with year-on-year 30.3% increase as April reached a record performance of 27,697 units compared to 21,259 units of the same month in 2015. According to the report issued by the joint Marketing Committee of Chamber of Automotive Manufacturers of the Philippines, Inc. (CAMPI) and the Truck Manufacturers Association (TMA), units sold last months added to nearly 24% growth of the year-to-date total of 104,176 units versus the 84,141 units of the same period last year.

Within the Commercial Vehicle segment, there were no slowdowns in creating records as all categories surpassed their previous sales records. Category 1 AUV attained a 28% rise with 4,720 units sold in April from 3,698 units in the same month in 2015. Category 2 LCV obtained a 41% surge having 12,233 units sold last month versus 10,876 units of April in the previous year, while Category 3 Light Trucks reached a 40% increase with 466 units sold. Category 4 and Category 5 Trucks and Buses gained 13.1% and 148% growths, respectively, registering 207 units of Cat. 4 and 151 units of Cat. 5 sold.

“April sales were beyond expectation compared to sales trend based on seasonality. Given that we offer attractive promotions and the arrival of new models, we project sustained growth the whole second quarter,” according to Atty. Rommel Gutierrez, President of CAMPI. 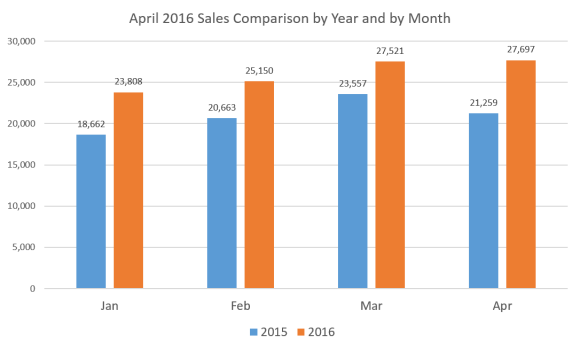 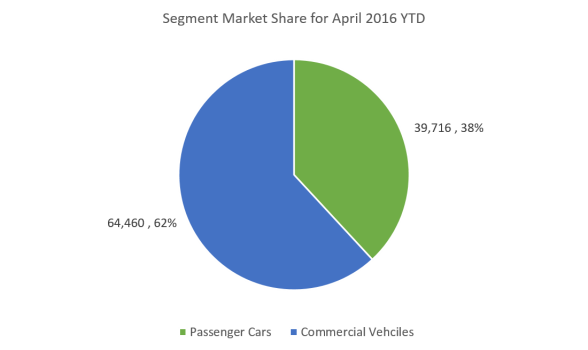 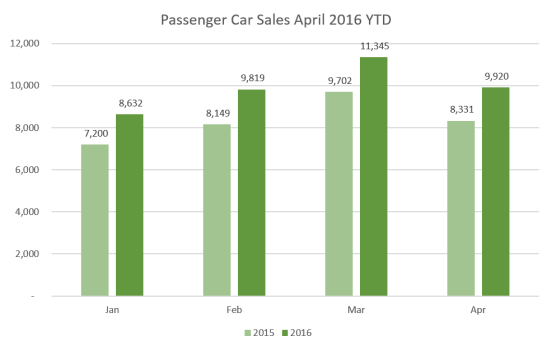 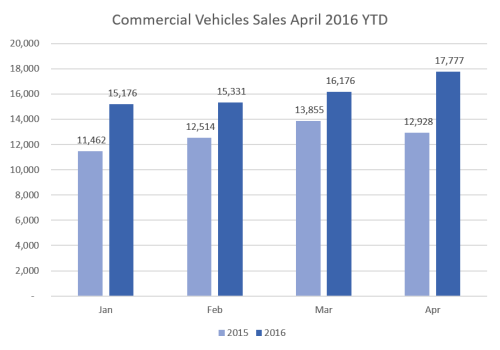